Esztergom, Visegrád, Szentendre, the Sisi Palace... Discover Budapest's surroundings on a private excursion with a guide specialist in local culture. 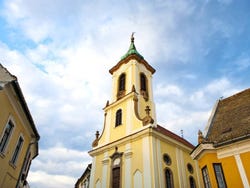 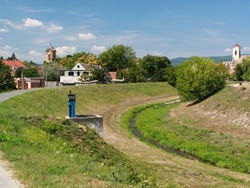 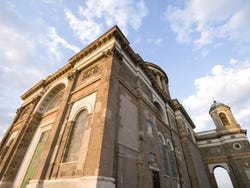 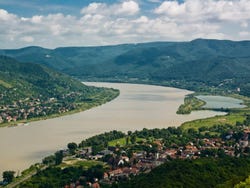 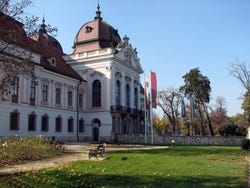 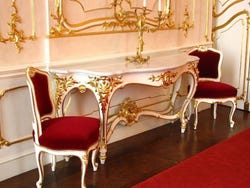 If you have several days in Budapest and want to explore the surroundings with a private guide just for you, you can book any of our private excursions. These tours last between 9 and 12 hours, include hotel pick-up, transport by private vehicle and an English-speaking guide.

The first stop on this excursion will be to visit the Cathedral of Saint Adalbert in Esztergom, the largest basilica in the entire country. Then it's on to Visegrád, where we'll enjoy spectacular views of the Danube. There you will have free time to explore its historic centre and see its main attractions including the royal palace and medieval fortress. You're sure to have worked up a hunger, so how about a three-course menu while we enjoy magnificent views of the town?!

Then we'll hit the road again, to visit the village of Szentendre, where we will find narrow streets, baroque buildings and a mixture of traditions due to the influence of Serbian, Greek and Bosnian families that lived there during the 15th century. Finally, we will get on a boat for a one-hour cruise down the stunning Danube, taking us back to the centre of Budapest.

As soon as we arrive in Bratislava, we'll head to Michael's Gate, a building dating from 1300, and Bratislava Castle, built in the 10th century with four imposing towers. Both symbols of the city!

Then, the tour enters the Grassalkovich Palace, a baroque and rococo building with charming French-inspired gardens. Inside, its rooms are known for their beautiful ornamentation and frescoes by Joseph von Pichler. Then it's on to take in the extravagant exterior of the neoclassical Primate's Palace, followed by a succulent three-course lunch, of course!

After picking you up at your hotel in Budapest, we will set off for Vienna, where we will take a complete tour of the city. We'll cross the famous Ringstrasse avenue, discovering the Museum of Fine Arts, the Austrian Parliament and the State Opera, among other architectural surprises.

Next, stroll along Kärntner Street to St. Stephen's Cathedral, a Romanesque and Gothic jewel that has become the symbol of the city. Hungry? Good! It's time to enjoy a lunch with a wide variety of Austrian dishes. With renewed energy, in your free time you can go shopping on Mariahilfer Street or admire the Schönbrunn Palace, declared a World Heritage Site.

The return cruise from Szentendre to Budapest runs from April 30 to September 30. The rest of the year, return to Budapest takes place in a private vehicle.

Advantages of a Private Tour

By booking a private excursion, you will receive a much more personalised service. You can also take the tour any day of the week, modify the itinerary to your liking or leave at any time you want. If you are a large group, you will save money!

This is a private tour organized for you and your partner, friends or family.

* The price varies based on the chosen date

All of our providers comply with local legislation and applicable health recommendations to avoid the spread of Covid-19. Show more

A safe distance of one metre between clients will be maintained whenever possible.

Alcohol gel will be available before, during, and after the service.

The temperature and wellness of all those taking part in the service will be monitored daily, excluding and maintaining in quarantine any who display fever or symptoms.

The transport used will be disinfected before and after each service and deep-cleaned every 24 hours.

Showing your voucher on your phone will be enough, and it is not necessary to print anything.

Alcoholic drinks are not available.

The temperature of all attendees will be taken, and admission will be denied to those with a temperature of more than 37 degrees Celsius (99 Fahrenheit).

Hotel pick up and drop off.

Transport in a private vehicle.

You can book up until 24 hours before the activity as long as there are still places. Book now to guarantee your spot.

Per group from
US$ 428.20
No hidden fees or surcharges
Free cancellation up to 48 hours before the service starts
Book

Free! Free cancellation up to 48 hours before the activity starts. If you cancel under this time or do not show up, you will not be refunded.
like

9.10 / 10 4,231 reviews
Budapest is one of the most beautiful cities by night with its dazzling attractions lit up. Take a 1-hour cruise along the Danube and enjoy breath-taking views.
US$ 22
Book
like

8.30 / 10 22 reviews
Would you like to visit the largest synagogue in Europe? On this guided tour you'll see the Jewish quarter in Budapest, where you'll get to know all of its secrets
US$ 34.70
Book