The ruins of the ancient Roman city were discovered at the end of the nineteenth century. It is now one of the biggest archaeological sites in Hungary. The city was reconstructed between 1960 and 1970.

Visitors can stroll through the city’s streets and observe the city’s temples, shops, houses and thermal baths. The largest part of Aquincum was built between the second and third century.

The ruins include certain surprises like a stone tile with a sewer grate built into it, an underground central heating system, mosaic-covered thermal baths or a market-place. These are some of the most impressive parts of the ruins.

Keep in mind that Aquincum was a much larger city than what is nowadays visible. Currently, only a third part of city centre has been excavated.

Aquincum Museum features a small collection of historic Celtic and Roman artefacts. The most stunning items include the statues and the mosaics that are found on the first floor.

Is it worth visiting?

In our opinion, the visit is quite interesting, but we expected a little more, at least more signposts with information on the various parts of the ruins. We felt we were in the middle of the remains without knowing what we were looking at exactly.

Lastly, we can say that the best part of the attraction are the ruins, so we suggest making sure that these are open before making the trip to Aquincum. 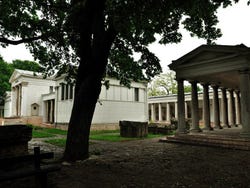 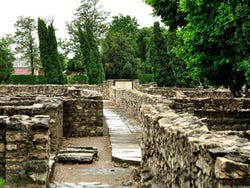 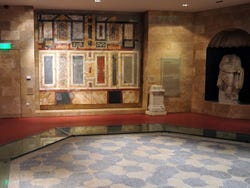 Szentendrei út 135, 9 km to the north of Budapest.