The Danube River runs through Budapest, which means that the city’s climate is humid continental. The high level of humidity also means that the temperatures in summer seem warmer and in winter, they seem colder.

In general, temperatures in Budapest are a little higher than in Prague with, on average, more annual rainfall.

After summer, the rainfalls are strongest in winter, which sometimes come down as snow showers.

It can get quite hot in summer. The average temperatures in July and August are 69°F (20°C), but the city suffers from several heat waves with highs of over 86°F (30°C). Although the humidity levels are usually lower during the warmest months of the year, it can get quite unbearable during the hot spells. In summer, there are also various wet periods and rain is most frequent at this time of year.

If you want to avoid the excessive heat and freezing cold, we recommend visiting Budapest in May or September. You’ll be able to walk around in short sleeves during the day and at night, you’ll need a warm jacket. 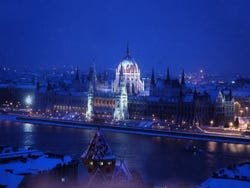 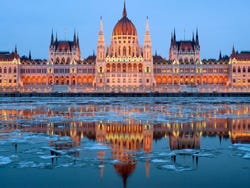