The Count Ferenc Széchényi established a library in 1802 donating all his books, which was then followed by the donation of his coin collection, among other collections, transforming the library into the Hungarian National Museum.

The museum is housed in one of the most beautiful Hungarian classicist-styled palaces. This imposing structure was designed by the architect Mihály Pollack.

It has a beautifully sculpted pediment and enormous columns that will remind you of a Roman temple.

The Hungarian National Museum’s interior is breathtaking. It's full of marble pillars and beautiful paintings that cover entire walls and ceilings.

The various collections reflect the history of the country since it was established to the present day. The museum houses various archaeological objects, as well as several treasures that display Hungary’s history and culture.

Some of the most interesting objects include the coronation cloak used by the Kings of Hungary, the statue of a handmade golden deer from the sixth century BC or a funerary crown from the thirteenth century, among many other relics. There is a Roman lapidary in the building’s basement.

In our opinion, the Hungarian National Museum is one of Budapest’s most interesting museums. The building’s architecture and most of its collections make this museum one of the best of the city.

A curious fact: In 1848, the poet Sándor Petoi read for the first time his poem Nemzeti dal (National Song) on the stairways leading to the museum’s entrance. His poem triggered the revolution against the Habsburgs. 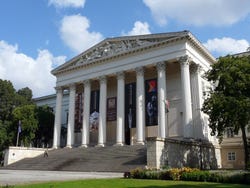 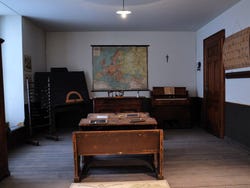 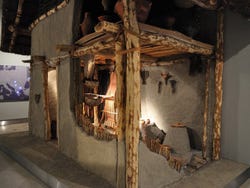