A mix of styles

Founded in the twelfth century in a Romanesque style, the church was used as a mosque during the Turkish rule.

In 1723, it was partly destroyed by a fire and was rebuilt with a Baroque façade.

Today, the church combines various architectural styles. The most striking aspects of the Inner City Parish Church includes a Gothic-style chapel, a beautiful neo-Gothic pulpit carved in wood and a twentieth-century high altar.

Probably one of the most compelling elements in the temple’s interior is the Islamic mihrab, a Turkish prayer-niche from the seventeenth century, when the church was briefly transformed into a mosque.

A witness to the passage of time

We believe that the Inner City Parish Church is worth visiting, since it is interesting to observe how this religious edifice has been transformed throughout the years and all its architectural styles. 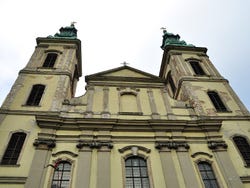 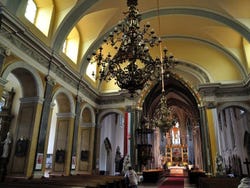