Founded between 1740 and 1762. It was begun by Kristóf Hamon and was completed by Mátyás Nepauer. The temple has suffered over 200 years of wars, floods and, earthquakes,  the authorities spoke about knocking it down on several occasions due to its pitiful appearance, especially when the Budapest Metro was being constructed.

Finally, they decided to keep the church and it was restored between 1970 and 1984.

The church’s interior is very colourful with various twentieth-century frescoes, as well as eighteenth-century paintings. The temple is very representative with its two spires on the building’s façade. 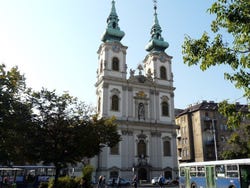 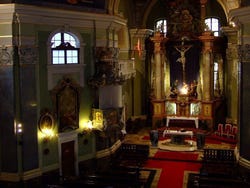