The grandiose building that currently houses the Museum of Ethnography was originally built for the Ministry of Justice in 1872. A century later, in 1873, the museum was transferred to the edifice. The Museum sits opposite the Parliament building, but its architecture has little to envy the Parliament.

The impressive façade is decorated with large columns and stone sculpted statues. However, visitors will be even more astonished when they walk through the main hall of the Museum. The beautiful staircase, marble pillars and stuccos give tourists an almost royal welcome.

The Museum of Ethnography houses a splendid permanent collection on Hungarian traditional culture, as well as various temporary exhibitions.

Through its varied collection, the museum depicts the country’s traditional culture and the citizen’s way of life, including the different ethnic groups that existed in Hungary. The Museum recreates everyday Hungarian life from the end of the eighteenth century until World War I, which in our opinion is a very entertaining way of exploring the country’s culture.

The collection includes old photographs, furniture, costumes and tools that reflect the Hungarian peasantry and townspeople.

Some of the exhibitions include interesting information on other cultures, including Europe, Asia, Africa, America and Oceanic.

Although this isn’t one of favorite museums in Budapest, the Museum of Ethnography is quite entertaining and its visual collections are very educational.

The Museum is housed in an extremely impressive building that is worth discovering, like many other museums in Budapest. 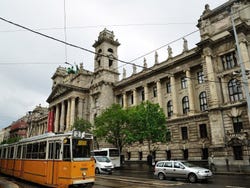 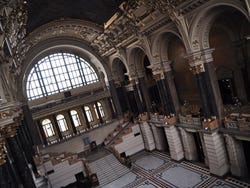 Inside the Ethnographic Museum 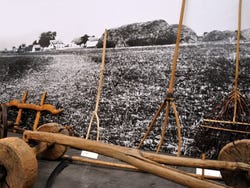